The Southern California Developmental Soccer League (SCDSL) has announced an exciting rebrand along with the addition of 15 new member clubs.

SoCal also continues to expand with the addition of the following new member clubs. More clubs will be announced in the coming weeks. 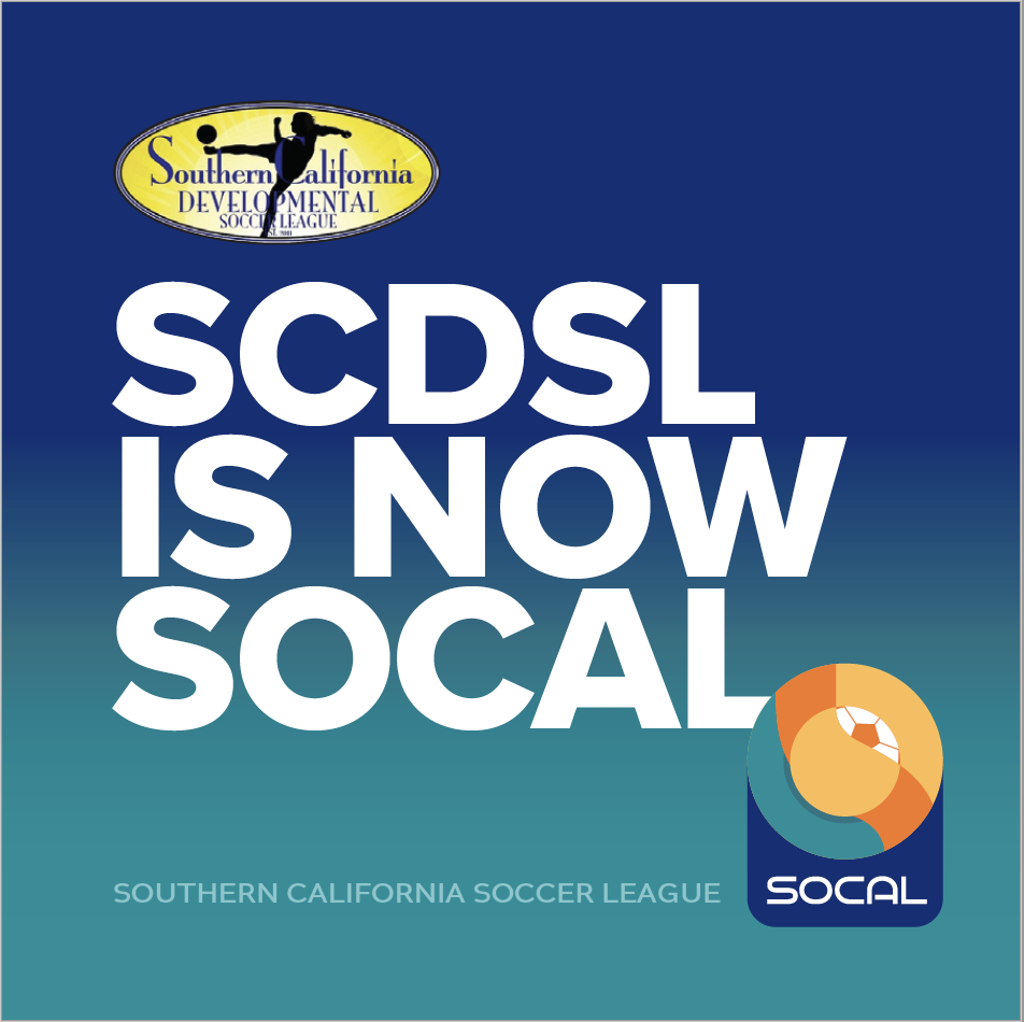 “We are excited to introduce our rebrand from the SCDSL to SoCal,” said Michelle Chesters, SoCal’s Director of Operations. “The new name reflects the unity we are striving for in the Southern California market by bringing together clubs under the SoCal banner. We are now all part of SoCal soccer and, no matter where a club is from, we are unified in believing in the platform and programming. We are honored to be able to announce the first group of all-in clubs that support our vision and are going to be wonderful, highly competitive additions to the league. Welcome to the new era of youth soccer that is SoCal!”

“Joining US Club Soccer and SoCal in this endeavor provides us a multitude of programming opportunities and this rebrand will only enhance our dedication to bringing soccer in Southern California together,” said Bob Turner, SoCal – San Diego Executive Director. “I am very excited to bring this opportunity to our clubs and players and look forward to hearing our kids show the unity and pride with a ‘We are SoCal!’ chant. By working together, we have the potential to be the gold standard of youth soccer in the country.”

US Club Soccer’s mission is to foster the growth and development of soccer clubs throughout the country to create the best possible development environment for players of all ages in every club. The primary vehicle for accomplishing that ambition is Players First: a branded, holistic club soccer experience for parents and players which emphasizes the development of each individual to his or her full potential, and helps parents make better choices about where their children should play.

That Players First philosophy is supported by best-in-class partners and resources, including LaLiga, and is anchored by five pillars: Club Development, Coaching Development, Player Development, Parent Engagement & Education, and Player Health & Safety. In particular, Player Health & Safety is the emphasis, as US Club Soccer prides itself on fostering the safest environment for players in youth sports. US Club Soccer has stringent requirements for all staff registration/eligibility and also provides a variety of safety-related resources to members.

“US Club Soccer and the NPL are proud to welcome these clubs under the new SoCal brand,” said Leo Garcia, NPL General Manager and US Club Soccer VP of Competitions. “We commend SoCal for creating such an inclusive and competitive environment for all Southern California clubs and their families.”